Warrnambool is a major employment base with significant dairy and meat processing factories along with a range of industries which service agricultural enterprises. Warrnambool generates a gross regional product of about $2.4 billion which accounts for over 20 per cent of the Great South Coast region’s economic output despite the municipality covering less than one per cent of the region’s total area.

Tourism is another major driver of the city’s economy with the city positioned within the Great Ocean Road region and home to the award-winning Flagstaff Hill Maritime Village. Each year more than 700,000 people visit Warrnambool.

Tertiary education providers Deakin University and South West TAFE have campuses in Warrnambool which, along with bringing students to the city, provide local people with opportunities to pursue education and vocational training without having to leave the region. 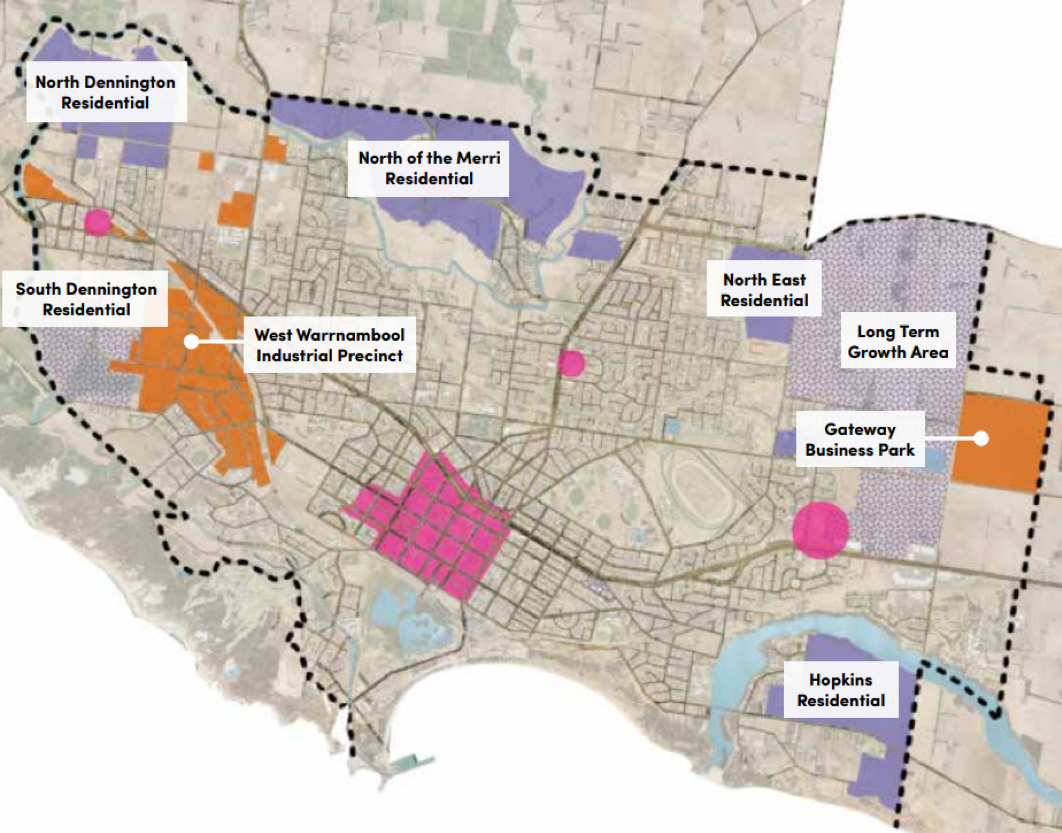 Infrastructure and Major Projects in Warrnambool

Warrnambool is Victoria’s progressive, growing regional city. Throughout COVID-19, the city of Warrnambool has been named as a strong and resilient economy and appeared in the top fast growing cities in Australia. Recently, Warrnambool was also reported on various communication channels with significant growth and 100% auction clearance rates in the property market. Below is to share some major project information so you can understand Warrnambool’s economic growth and where it is heading: